We have the original teak hatch base on the forward hatch.  I intended to get rid of the teak all together and fiberglass in a new fiberglass hatch base as shown on the A37 IOA website.  The teak base is known to leak and be a problem in general so I figured why not get rid of it while we have everything ripped up.   But alas, I could not get in contact with Alex Magnone and I decided that making my own fiberglass mold was more work than I wanted to undertake for very little payoff.  I actually like the teak so I figured lets just restore the entire set up and make it leak proof from the beginning.  Not only is this the cheaper option but in the end I think it will look quite nice.

Getting the hatch off was extremely difficult and I accidentally bent the hatch frame AND took up a small chunk of wood while it was at it!  No good!

I was determined to do a better job with the removal of the teak.  A mistake at this point would mean disaster and having to buy and carve up new teak to match the exact contour of the boat and hatch.   The Rockwell Sonicrafter got a workout, it was not easy cutting through the bedding that held the teak down and by the time we were done (three hours later) the Sonicrafter was too hot to hold. 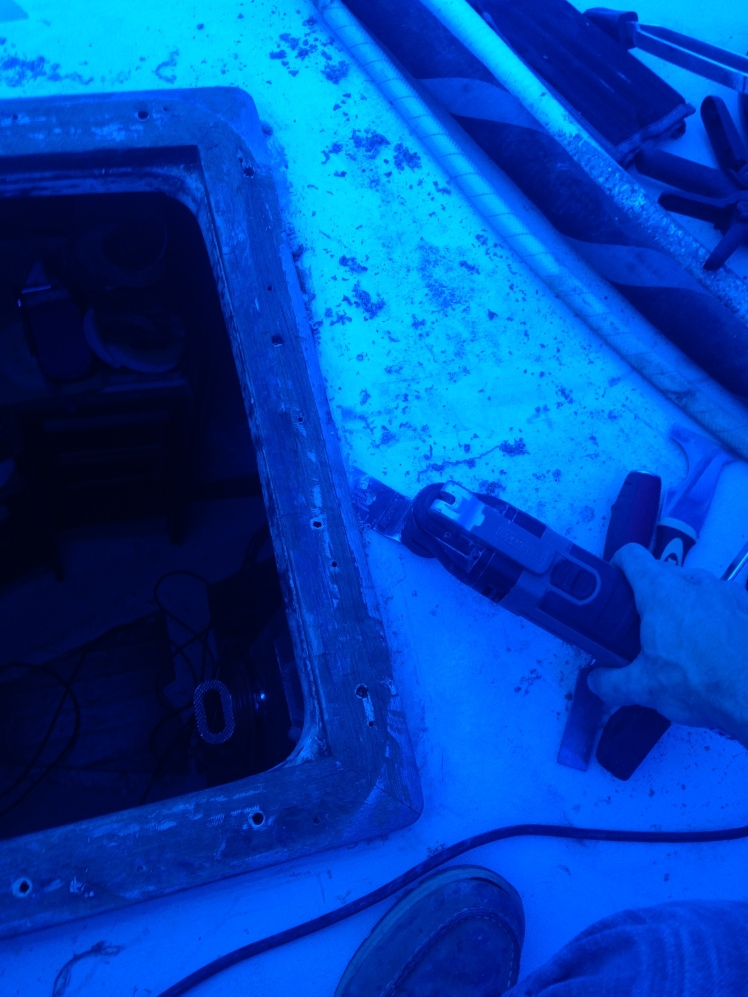 In between cutting the bedding compound I very carefully and very slowly drove wedges in to lift the teak. 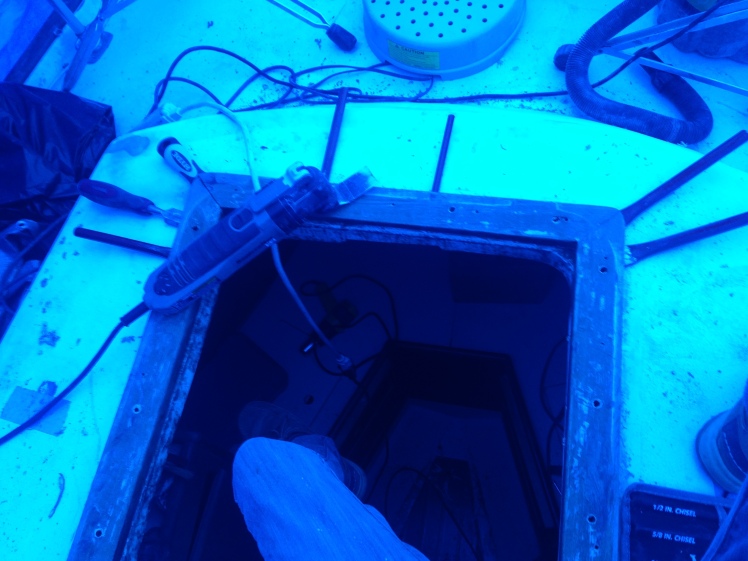 About three hours later the teak finally started to lift!! It was a great relief to be able to pick it up and cut the remaining bedding out.

Once the teak was fully removed and moved out of harms way I was left with quite the mess.

Thankfully clean up was easier and after scraping off the remaining bedding compound I was able to sand down to the fiberglass with the orbital. 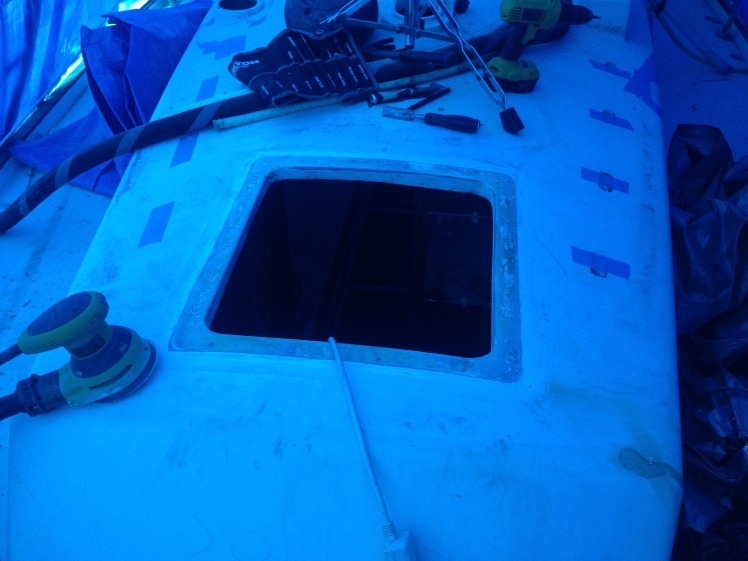 I’m quite happy with where we are now.  Its a great place to start the filling and fairing of the inside of the hatch base like we did to the saloon hatch (see Hatch Base Before and After).  We will sand down the teak and then I plan on coating the bottom and inside with epoxy, we will finish the exposed area like the rest of the teak on the boat.  Once everything is all cleaned up and epoxied we can put the hatch (which is still undergoing restoration) back on!

3 thoughts on “Teak Hatch Base”